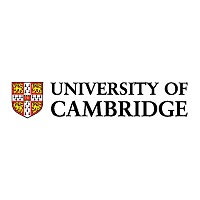 The University of Cambridge has recently granted Nobel Laureate, Professor Wole Soyinka, was, alongside nine others, with a honorary degree.

The Cambridge varsity honorary degree is bestowed upon people “who have made outstanding achievements in their respective fields, it is one of the most prestigious honours in the world” the varsity’s official site noted.

The ceremony, which took place on Wednesday, was held at the varsity’s Senate House with over 400 staff, students and other guests in attendance.

Chancellor of the varsity, Lord Sainsbury of Turville, presided over the ceremony, which was conducted in Latin and English.

Prof. Soyinka, who is a playwright, poet, novelist and political activist, won the prestigious Nobel Prize in Literature in 1986.

He has held visiting appointments at higher institutions in Cambridge, Legon, Atlanta, and Yale.

Prof. Soyinka is presently a Professor Emeritus of Dramatic Literature of the Obafemi Awolowo University.